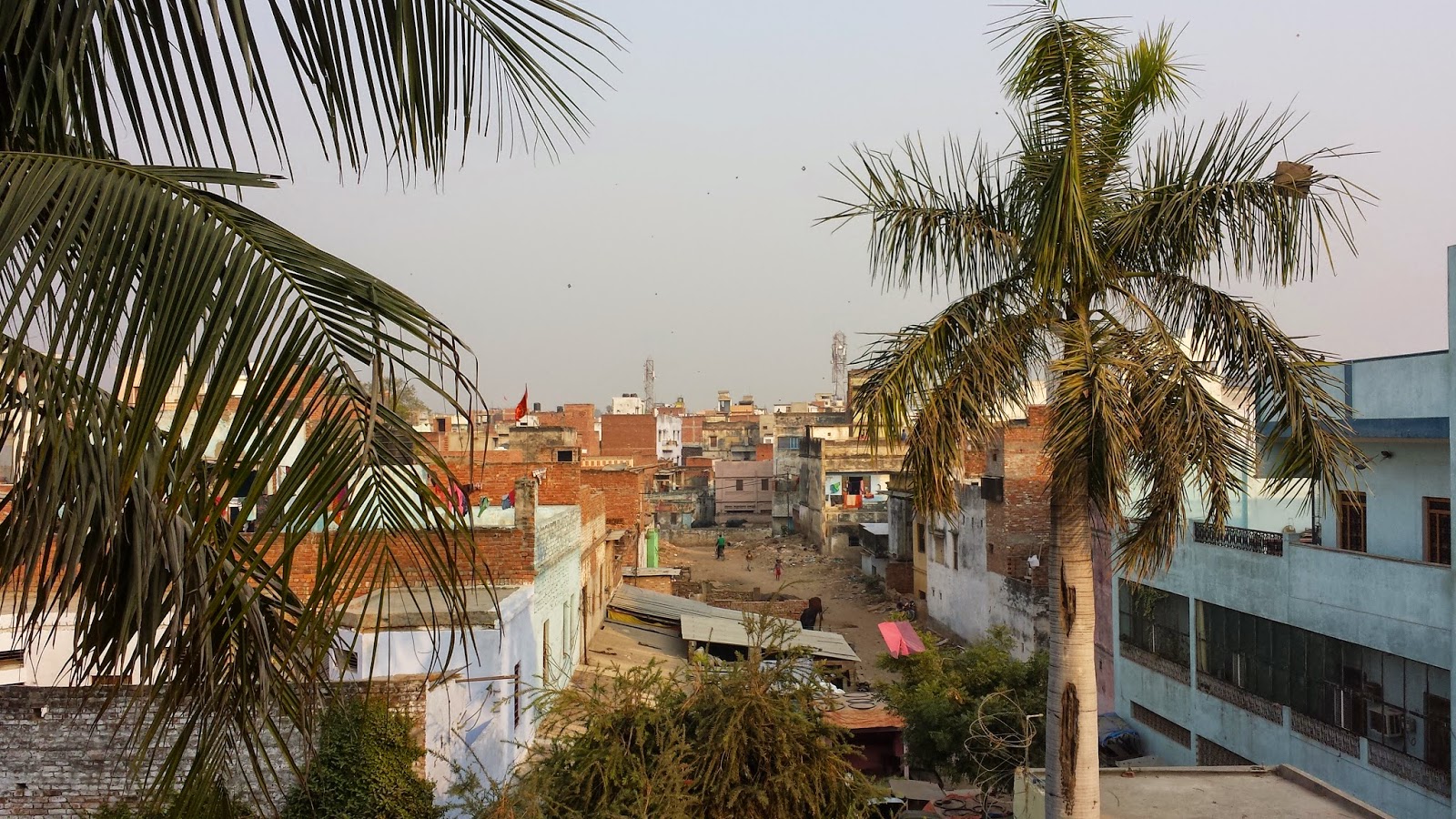 India is a long run-on sentence that ignores structures, keeps adding "ands" and commas, and goes straight for the style points.

India is a short succinct sentence that ends quickly so that the next one can start and doesn't bleed too much over.

This is you.
You walk down the street and the cars and the cows and the motorcycles and the tuk-tuks zip past you (there is no pedestrian right away, in case you were wondering at all). You have to leap on the concrete blocks in the middle of the road because you are a moment away from getting utterly smashed into the wall by a rogue cow or vegetable cart or, well, both. The dust swirls in the air and invades your lungs, sticks to your skin and clothes, and creates a constant cough that echoes like a strange symphony when in a tiny metal train that breaks down every thirty minutes. Like a Dr. Seuss line, you smell every smell you've ever smelled (smelt?), be it good, questionable, great (the food stalls selling strange and beautiful food for almost pennies on the dollar take the cake) and the horrible (the urine smell drifting can knock you over if you're not ready).

The street sellers sell everything from balloons the size of sumo wrestlers to knock-off Sony products to peacock feathers. And the people, oh man, the people are absolutely everywhere, in every direction, zig-zagging through the traffic of buildings and lights and sounds. You get asked to be in a photo from strangers, again and again and again, and people swarm like drunken bees (especially if you have blonde hair). 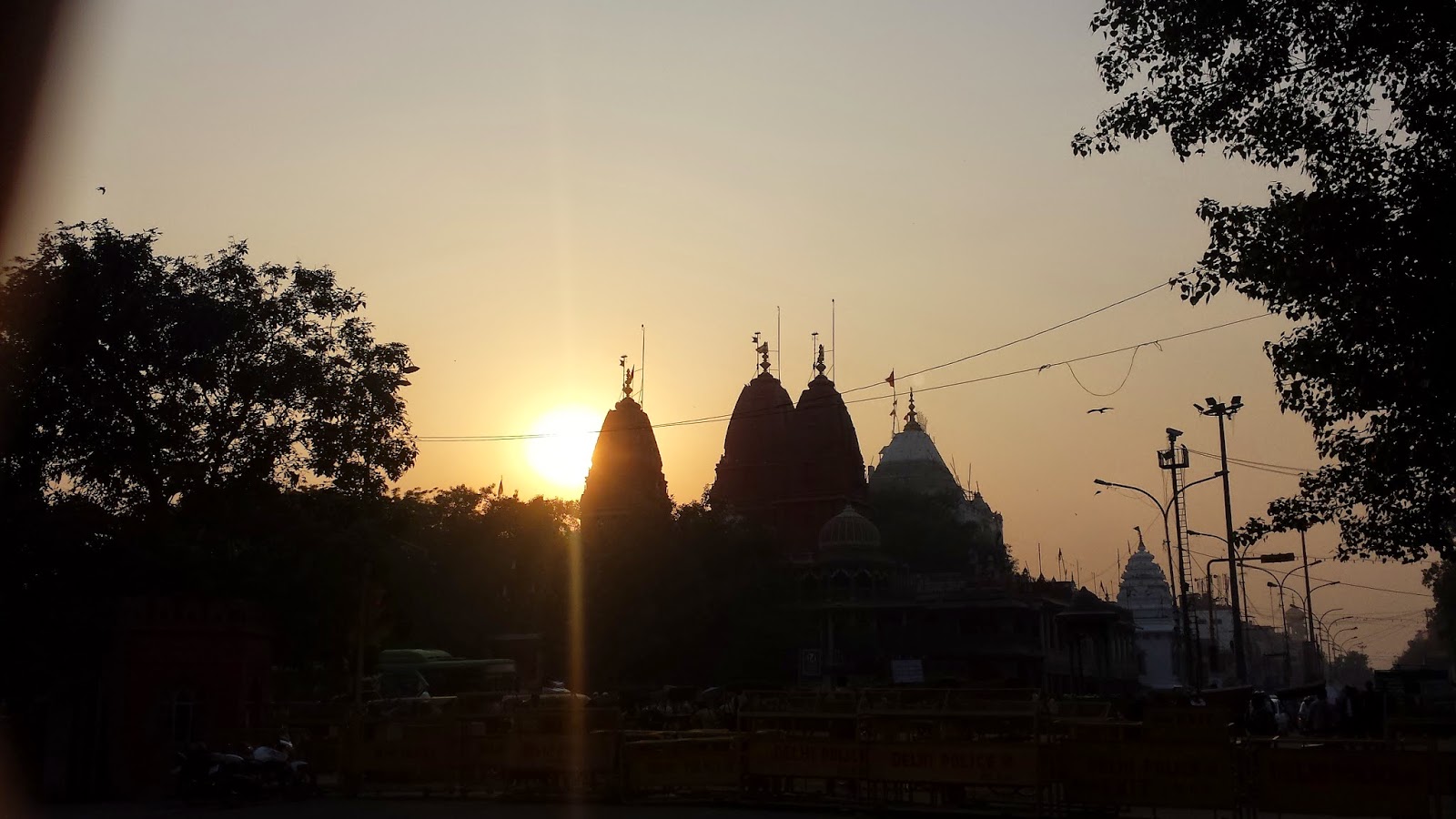 Every sense is on full alert, like you're suddenly a Spiderman in a city of millions, a country of more than a billion, and an economy that has a trillion dollar GDP.

You arrived in Bangalore and felt far too alone in a place with a never ending flow of bodies, and ended up in the the beach-bum state of Goa and met amazing new people that you're thankful to the stars and back for meeting. You party until 5am and every place from the clubs to the strangely culturally-sensitive KFCs blast house music at all hours of the day. After a billion swims, you travel (but not alone anymore, at least for now) to the capital city of Mumbai and swear to God that you'll never complain about traffic back home, ever, ever again in your life. You go to Delhi on a sleeper bus that hates tall people and, yeah, apparently bladders as well. You see the Taj and it's even more majestic and beautiful and awe-inspiring than you ever thought it could be. You take the cheesiest photos with your friends and you take more selfies than could fit in that Kim Kardashian selfie book. And then you experience the sweep of poverty.

And the poverty here is heartbreaking. Of course, Cambodia (though the government physically jails the homeless people in Phnom Penh to make it "look" less poor) and Thailand had it (I'm still making stopovers in Bangkok [super cheap] so no comment on that country yet), but India is a mess of poverty. It's too much to take most of the time. Whole families sleep on the sidewalks, with little more than blankets and pots and pans. And these sidewalks aren't even New York City standard, covered in dirt and mud and shit and pee and everything in between. And the city buzzes around them. And you, trained as a social worker, know absolutely not a single word to describe it. At least not yet.

And then you head to Varanasi and, no surprise, even more cows, but now add hundreds of monkeys climbing every building, shaking poles, and cruising the street like they own the place. Dozens of small little kites litter the air. You type this on a balcony overlooking a basketball court that has turned into a kitchen that is prepping food for a nearby wedding. The street is blazing with life, drums thumping, people dancing, horns wrecking havoc on the ears and senses. You look out and see a blast of muted color on buildings, women in saris, men staring, clothes hanging from every known edge, and a million people collaging together like a puzzle that shouldn't go together, but somehow, someway, it just...does.

You try to think of how to type this. How to explain it. But you can't.
You have to live it.
You have to get up out of your seat.
You have to stop typing.
You have to open the door and let it happen.
You have to -
Posted By Nick at 12:14:00 AM
Email ThisBlogThis!Share to TwitterShare to FacebookShare to Pinterest
Labels: India