Travel movies for your traveling soul.

I almost went to film school a long time ago. Got in and everything. Instead of attending though, I dropped it before even starting (lost my deposit) and enrolled in a community college instead. It was part madness and part brilliance. I've always wondered what my life would be like if I hadn't done that, but it's completely okay, because I've never lost my deep admiration for movies.

There are some that have radically changed my life. I'm in love with travel movies. Movies that make you want to get off your ass and actually LIVE are the ones that really get me. I love even more to see others be inspired. So I'm going to share with you my favorite travel movies. Hopefully, on a boring Friday night, you'll watch one or two of these, and they just might become your favorites, too. UPDATED ON 11/5/16 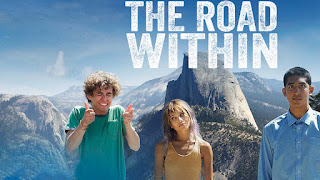 There are things I don't like about this movie, for sure. On a whole though, I love this idea of throwing three characters, who struggle with the life that was given to them, and putting them on a ridiculous road trip. One characters has Tourette's, one has an eating disorder, and one has an extreme case of OCD. This movie is hilarious at times, but throughout its running time, it gives a peak into how these character's "issues" sometimes define who they are as people, even if they don't want them to. This movie shows how these characters move past a simple label and push toward a life that isn't defined for them by the DSM-V.

The ending is hit-and-miss for me, but it's still a wonderful movie worth your time. 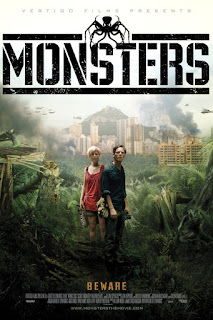 I forgot to add this movie in my original list. It's a slow burn monster movie about two very different people thrown together in unlikely circumstances and made to travel together. Like a good zombie movie that really isn't about the zombies, this movie's monsters take a backseat to the love story that unfolds really, really slowly. It gets at you, but only if you let it. I get why people could see it as boring and long. But it's also intense if you dig in and go along with the character's transformation. I adore this movie and it would be way higher on this list if I wasn't lazy enough to change the order all around.

And the soundtrack here? Gorgeous.

Ok, so this one is a strange one. It is a travel movie, I swear. Warning: it might be offensive to some, so I warn you that if you find the topic of suicide a trigger, probably best to skip this one and avoid it. It's about a kid, Zia, who kills himself and gets sent to this purgatory-type world full of successful suicides (which is like our world but just a lot more depressing and hopeless). He gets a job at a pizza joint and becomes good friends with a Russian Rocker, Eugene, until he discovers that his girlfriend also committed suicide after him. So with his rocker friend by his side he roadtrips this strange world to find her. They meet up with another girl, Mikal (played by one of my celebrity crushes, Shannyn Sossamon), who thinks she was sent there by accident, and joins up with them in order to find the "Man in Charge" to get sent back to life. And Zia, along the way, realizes that maybe Mikal is who his life needed to make it worth living. Like any good travel movie, they aren't the same people after the trip is over. It's not for everyone. It really isn't. But I love this movie and the ending gets me. Every. Single. Time.

It's a pretty simple plot: asshole, rigid, by-the-books dad, and the dreamer son. Son goes hiking the Camino de Santiago (ancient pilgrimage routes in Spain to where the saints might be buried) and, unfortunately, dies. His father goes to Spain to get his son, and ends trekking the entire trail to spread his ashes. It's like the Wizard of Oz where he meets characters that are completely opposite of him. The travel, and the people he travels with, challenges and change him.

What connects them is this: they are broken. Hiking and traveling to try and fix themselves. But the question becomes: can you fix deep fractures and breaks? And if you can't, how do you deal with them and move on and accept yourself as beautiful and flawed at the same time? It's a beautiful film about how it never is too late to forgive yourself for past mistakes.

Favorite quote:
Daniel: You don't choose a life, Dad. You live one.

5. The Secret Life of Walter Mitty 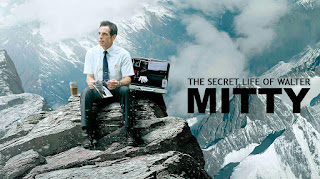 We all want to do big and epic and mighty things in life. Walter is someone with a boring life who imagines the wildest of adventures. He lives out these fantasies because his life is, well, boring. He's good at his job, but he wants more, in his life and in his relationships. It isn't until he must go on a journey to Greenland and Iceland and Afghanistan, that he begins to live the life he had daydreamed. His daydreams stop, because he's finally living his dreams. It's a beautiful movie and it gets better every time I see it. Also, the speech by Sean Penn about being in the moment is very important and still something I'm doing my best to practice on a daily basis.


Favorite quote:
Walter: To see the world, things dangerous to come to, to see behind walls, draw closer, to find each other, and to feel. That is the purpose of life. 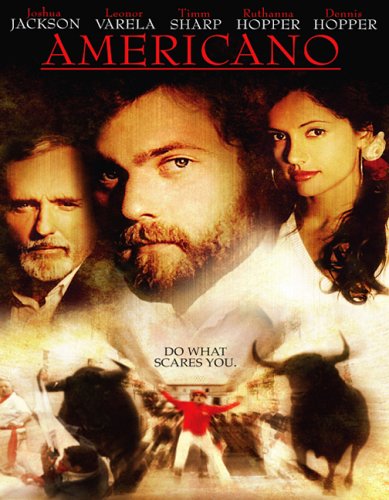 I think I love the tagline more than anything else: Do what scares you. Also, huge fan of Joshua Jackson. He seems to do a lot of these kind of "find yourself" movies. An American goes on vacation in Spain with two friends, a couple who can't stop bickering, and meets the woman of his dreams - someone who challenges every Western thought he has. Maybe he doesn't want to go back to the 9-5. So he must decide what's more important - a successful career way away from this women or love?
Hint: the answer is in the movie's tagline.

Favorite quote:
Narrator: The story of our life, in the end, is not our life, it is our story.

The first time I watched this, I'll admit, I didn't like it. I didn't understand it. But after a second and third and forth time, it really truly grew on me. Travel changes these brothers. It helps heal brokenness (both mentally, and for one brother, quite literally). It's a chance to self-examine themselves and their relationship with others.

One scene in particular hits me hard, a very serious, very sad, scene in the middle of all the dead-pan humor. It really does an excellent job at showing that traveling showcases the very best and the worst of life. It's unequal parts of roughness and healing. And what a great mixture for one hell of an adventure.

Favorite quote:
"I love you, too, but I'm going to mace you in the face."

I adore this movie. About a seemingly happy individual who is about to get married and gets news he has a very serious case of cancer. Instead of getting right into treatment, he's selfish, buys a motorcycle, and travels throughout Canada. My favorite thing about this movie, and it might take a few watchings to really connect all of the side stories, is that the movie is less about him and his personal journey or realizing he didn't really love his fiancee, but more about the effect he has on the people he meets. Little, chance encounters butterfly effect good things, without him ever knowing it. It really is a nice touch to show that human interaction changes lives.
Really, the film asks the viewer this: what is the minimum in life? Meaning, what's the minimum in life to make you happy? And if you know what that is, are you fulfilling it? This movie is genius. I learn something new each time I watch it.

Narrator: When you get those rare moments of clarity, those flashes when the universe makes sense, you try desperately to hold on to them. They are the life boats for the darker times, when the vastness of it all, the incomprehensible nature of life is completely illusive. So the question becomes, or should have been all a long... What would you do if you knew you only had one day, or one week, or one month to live. What life boat would you grab on to? What secret would you tell? What band would you see? What person would you declare your love to? What wish would you fulfill? What exotic locale would you fly to for coffee? What book would you write? (Written on a black board during this scene: "To strive, to seek, to find, and not to yield.")

Ah, as I've mentioned this here before, I won't get into this too much. I love this movie because it's less about how an individual can change the world and more about how the world can change the individual. This is a great movie for social workers. Travel here starts out as almost a buddy comedy until the duo experience crippling poverty first hand. One scene in particular, where Ernesto unites those who are poor and sick with those who are not, is extremely emotional. This movie, hands down, is one of the most powerful movies I have ever had the honor to see. 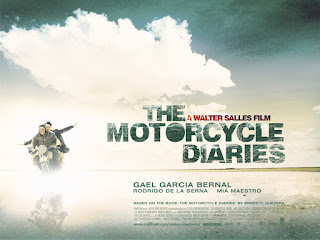 Favorite quote:
Ernesto: Wandering around our America has changed me more than I thought. I am not me any more. At least I'm not the same me I was.

And because this is my favorite movie, one more:

Ernesto: What do we leave behind when we cross each frontier? Each moment seems split in two; melancholy for what was left behind and the excitement of entering a new land.

So there you have it. Enjoy friends. Until next time!
Posted By Nick at 8:43:00 PM
Email ThisBlogThis!Share to TwitterShare to FacebookShare to Pinterest
Labels: Practical