Throughout this year, the crushing feeling of escaping back out into the world at large - to go on another crazy adventure into the unknown - has always been vivaciously pumping through my veins. And now, sitting in a bar in Seatac Airport, I can’t contain myself. I'm beyond words.

Waitress: “On that beer, would you like the 16oz or 24oz?”
Myself: “Oh, I'm going on an adventure! 24 all the way!”
In case you’re wondering, yes, this is indeed verbatim of what I said. The woman, though I think a little weirded out, smiled. And so did I.

I can’t help it. I’m back in my element, back to what I discovered truly just excites the very elections and protons and neutrons in my entire body.

Last time it was a high. This time around, it’s a different sorta buzz than traveling in 2014-15. I’m different, and so is my family. Last time, I left on a sour note. My mom was in the hospital in the worst shape that I had ever seen her and I felt an overwhelming selfishness that I was running away. And run I did, because, well, sometimes, you have to let go. That situation turned out alright though, and this time, she’s been on a good streak, and I’ve left with good cheer. My friends and family are excited for me and that gives me strength.

It's my sister's reaction that has been the most surprising. She’s eleven now. And much more curious this time 'round the bend. More questions about safety and what I do when I travel (I told her it was for hookers and coke, so now she thinks I'm here fishing while drinking Coke). She took a lot of pictures with me and posted this on Instagram. 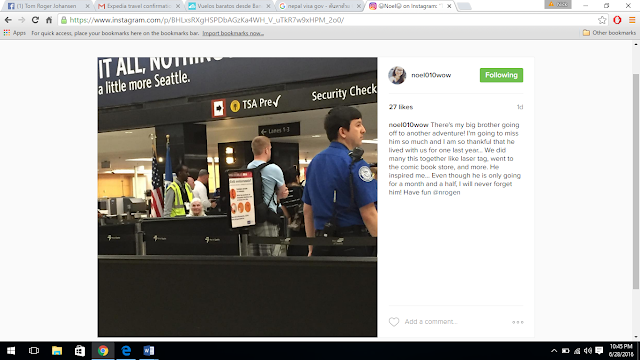 I'm still learning this new laptop I grabbed so I couldn't get the above screenshot to get larger, so this is what it says:

"There's my big brother going off to another adventure! I'm going to miss him so much and I am so thankful that he lived with us for one last year...We did many this [sic] together like laser tag, went to the comic book store, and more. He inspired me...Even though he is only going for a month and a half, I will never forget him! Have fun @nrogen"

Other than the last bit that makes it sound like I'm dying or something, this hit me harder than usual. I mean, I love my sister something fierce. I wrote a whole book basically on how much I love her and how she changed my life, but I never thought about it the other way around. Is that weird? I mean, I never thought, well, does she love me back? Maybe that's a dumb question (it is. And any teacher that tells you that no dumb questions exist, are lying!), but it's wormed its way into my head nonetheless. What hit me even more is the sentence about looking up to someone. Whoa. Hold the phone. She looks up to me? Really?

We had a brother/sister day like last time, but it was vastly different. Last time it was big extravaganza: going to Seattle (which, for my credit as a fucking amazing brother, I let her play the Frozen soundtrack, on REPEAT, in full, and in traffic for two and a half hours), went to the Lego exhibit at the EMP and, and, and...

This time we just went to a comic shop and bought some Korean food at a store next door. That’s all she wanted. We ended up doing a lot more that day, but when it boiled down to it, the day was all, really, really, simple. In fact, we could have just hung at my parents house watching Once Upon a Time (I am not a fan, for the record) all day long and she would have been equally as happy. I think, just because she was with me, she was good.

I’m not used to this. In fact - man, I didn’t want to jump the shark and get all deep and shit the first post, but hey, whatever. So here's the honest thoughts of a traveler who doesn't want to settle:

This is first time that I felt that I was leaving someone behind that I wanted to take with me. That being apart for too long deeply bugs and gnaws away at me.

It makes me question: is it worth it? Being away for this amount of time without the people you really care about?

Home, I’ve written, is where your heart lies, and it settles with people and places. I've accumulated a lot of homes throughout my years and with families and friends in places all over the world. I believe that home is where you make it, and it's the people that make the home. But now, I'm thinking there's even more to it than that. Home is also dependent on time.

I'll dive into this deeper later, but I'm getting the feeling that the places you call home can disappear, even when you have a) the place and b) the right people because you are missing the key ingredient: c) the time isn't the same and the moment(s) have slipped away. When I went traveling around the world, it was life changing and shattering, but no matter how many more times I travel and return, I know it will not be the same. I'm different and so are the people and the places I return to. Everything changes. And a home can either grow or disappear, or, maybe worse, grow indifferent.

Question: Can a person chase and find that home that no longer exists in the now?

Where are you, reader, happiest? Where is/are your home(s)? Think about it. Can you chase "home" if home is dependent on a time-period? Can "home" be a time in your life where everything, everybody, everyplace just “clicked”? Do you have a period of time that you wish you could go back to? Or are memories enough to permanently establish "home" for life?

Lots of questions, but you don’t have to answer them. They are the questions that buzz through me head as I travel and I wanted to share them with you. I think they make your brain twist and twirl in ways you’re not used to.

This is rambling. I’m just rattled and ecstatic and all that jazz. I'll expand on these those words later. For now, I have a plane to catch. To Canada. Then to Taiwan at 2am. Then to Bangkok. I adore travel and airports and the idea of planes and takeoffs and landings. But long - ten plus hour - plane rides? They are the worst. Geeze. Thanks Obama.

I'll arrive in the future and hang out at Starbucks for a while like the hipster I am. So, to be continued... 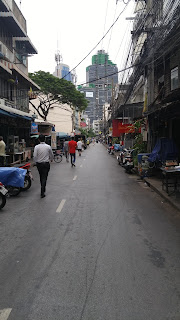 Now. I’m alive and exhausted. You ever drive or fly somewhere far away and you’re more exhausted than if you had run a marathon? As if the just the act of sitting there is more intensive on the body than some strenuous activity.

And how weird it is to be back to ol' BKK. My home away from home. It felt so routine getting off the airplane. I was used to the slam dunk of humidity drowning out the senses. I was used to the sea of crowds and  bombardment of signs and advertisements. And now everything seems normal. A gaggle of people walking the streets, tuk-tuks hustling and blazing by, almost sideswiping motorcycles. The colors are still as vibrant and everything is still a mix of poor and trashy and elegant and…it’s so alive, with the street vendors and chickens on the sidewalk and temples and monks with blazing orange robes and the list could go on (I've written about Thailand a lot before, so I won't elaborate). I felt good walking into a 7-11 (unlike in the US where everyone and their mother reading this guilt trip you for loving their food [save you Mical, if you’re reading this!]), because if there is one staple mark of Thailand, to me, beyond the sprawling jungles and beautiful beaches and gorgeous women, it's that. The image that has endured itself to my heart has to be the 7-11s. It's the Starbucks on every corner. 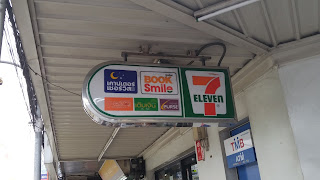 I feel a need to defend myself to readers from the US, where 7-11s are looked down upon (mostly because they give out cheap food and are primarily built in poverty-stricken areas where people can't afford healthier food and thus contribute to further health issues of those that can't afford medical care, but that's a different story and social workery rant for anther time). The 7-11s here, I'll be honest, probably have just as bad as food, but I just can't tell by any of the non-English labels. They sell pretty much everything and they are wonderful. I often wonder if they are here because of the large expat population here...

So, gotta go. Got things to do. Places to drink at. Sweat to pour out (Thailand's humidity is just plain evil). Friends (really, family) to see (Dan and Amporn, cannot wait!) and laugh with and play Shithead with (Noi, get ready to lose like a big fat loser). And a ton of little adventures to experience in-between.

So. Recap. Is home more than people and a location? Is it a timeframe as well?

Such a tease, but I don't have the answer for that.
All know is that I have plenty of 7-11s to frequent in the next couple days, and that's an answer enough for me. That and friends/family to see. That's home enough for me.

Until we meet again, friends. I'm off to sleep.
Posted By Nick at 3:31:00 AM
Email ThisBlogThis!Share to TwitterShare to FacebookShare to Pinterest
Labels: Thailand