A simple story in Burma.

Reading back on some of these entries I've made, I can't help but feel like Doogie Howser M.D., where at the end of every single episode, he typed out the tried-and-true lessons he learned during the day. Typing this blog sometimes gets a bit preachy and, oh man, I hate preachy. 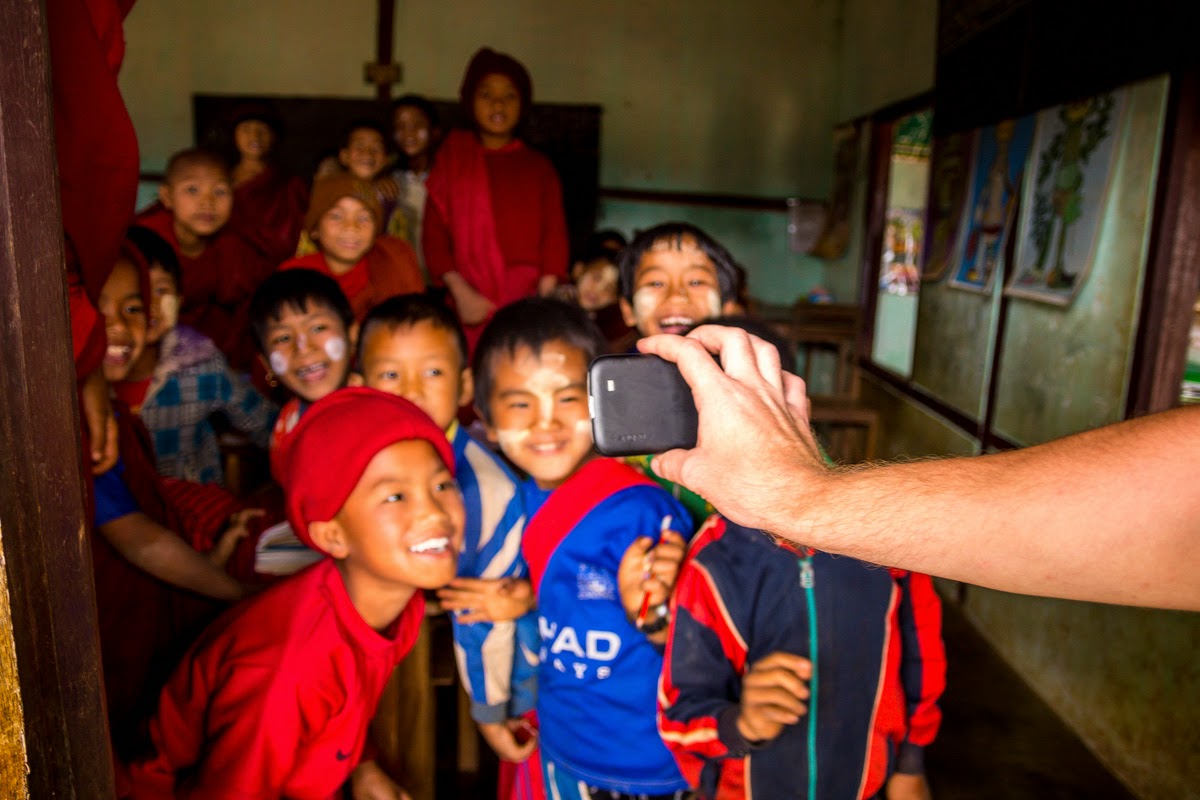 So, instead of writing some entry about how life-changing this journey is and has been, or about the importance of chasing human relationships (recently, while Skyping with my sister, she asked: "So, you meet any girls yet?" which I responded with, "Uhm...well..." and she concluded with "I knew it. Probably like 3 or 4."), or the issue of poverty (yes, I still need to gather the words to write about that - read Finding George Orwell in Burma, it's a great report on the sadness behind the smiles here and the punishing government that works behind the tourism veil), I think I'll just write about a plain event and post some pictures. Everyone likes pictures! I'll let you be the judge of the significance. If there even is one. (Read: there always is). Pictured above is how excited kids at a local school got when I took their pictures and showed them back to them. 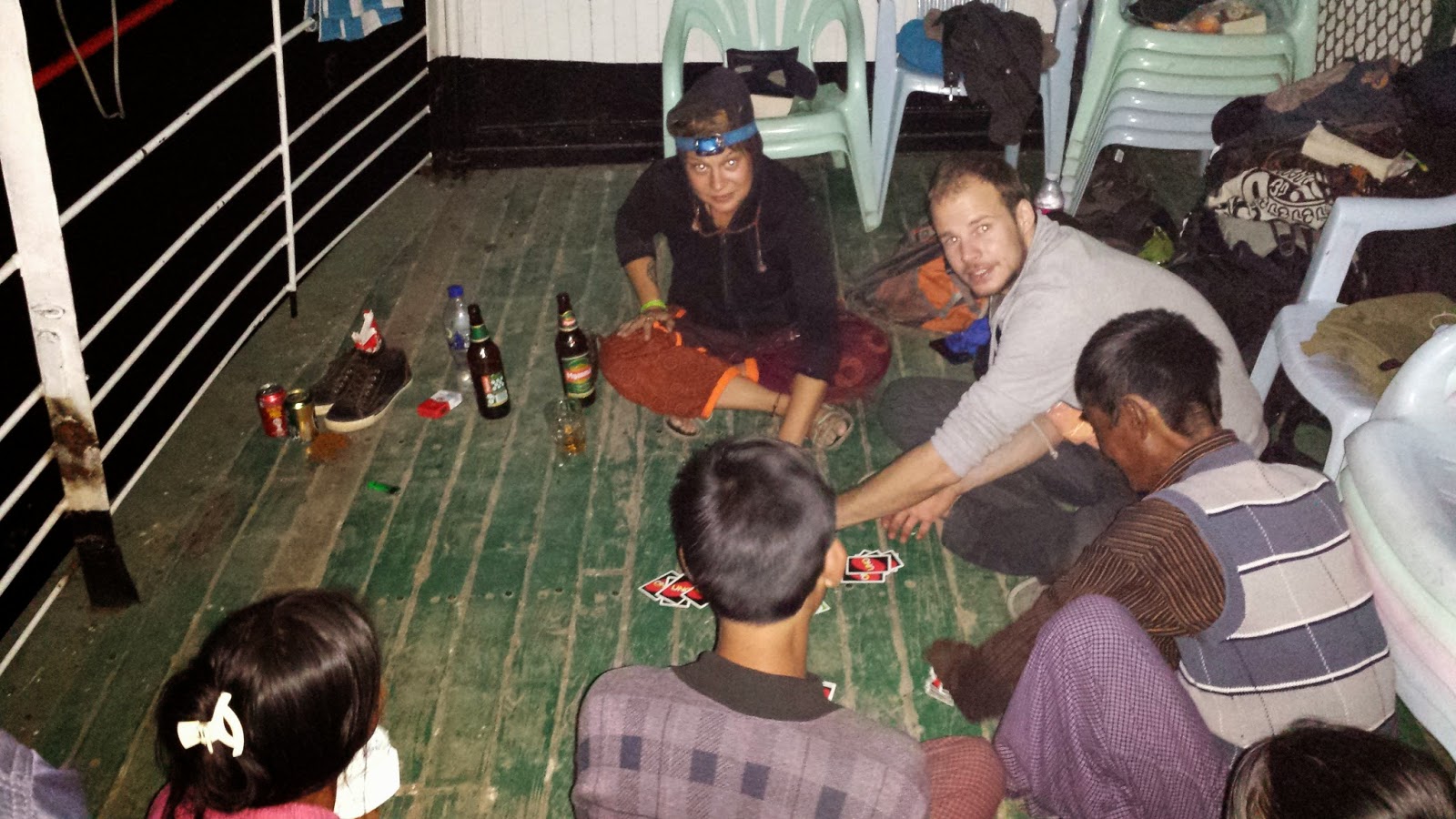 So, some backstory. I met two new friends, Julie and Frank, and we traveled together for a while. We met in Yagon, bused it to Bagan, and then traveled to Mandalay via sleeping on the floor of a local transport boat for two days. We saw a lot of the country side and, aside for a somewhat quiet french couple, we were the only other foreigners on board. We taught the locals how to play Uno. One woman, cackled every time I lost against her, and nicknamed me "Click, Click" (pronounced like cleek, cleek). I think it had to do with taking pictures of the game, but the language barrier is rough here, so I have no idea. It was a blast and they were surprisingly awesome at it (fellow travelers, always carry Uno with you!). And yes, we slept on the floor, and yes, there were a million and a half moths, and yes, it was uncomfortable and unforgettable.

We toured Mandalay, met more amazing people, saw some sunsets and temples, played cards, and had some good beer. We also saw pagodas, no surprise. By the end, I was so templed out, it's hard to describe in words.

Frank went south and Julie and I went to Kalaw via bus (yes, the buses here are an adventure as well, the strange music videos go on sometimes until 12 in the morning), a bitter cold town with a population of about 10,000. It had a market and, well, that's about it. We booked a three-day hike to Inlay Lake and set out for the trek the next day. We were joined by two Spaniards, Carol and Alberto (hope to see you two in Spain!). Like everyone I've met, they're legit, and it's been a pleasure to be able to travel with them.

We set out hiking with our local guide, Nanbo, and took a ridiculous amount of cheesy pictures. 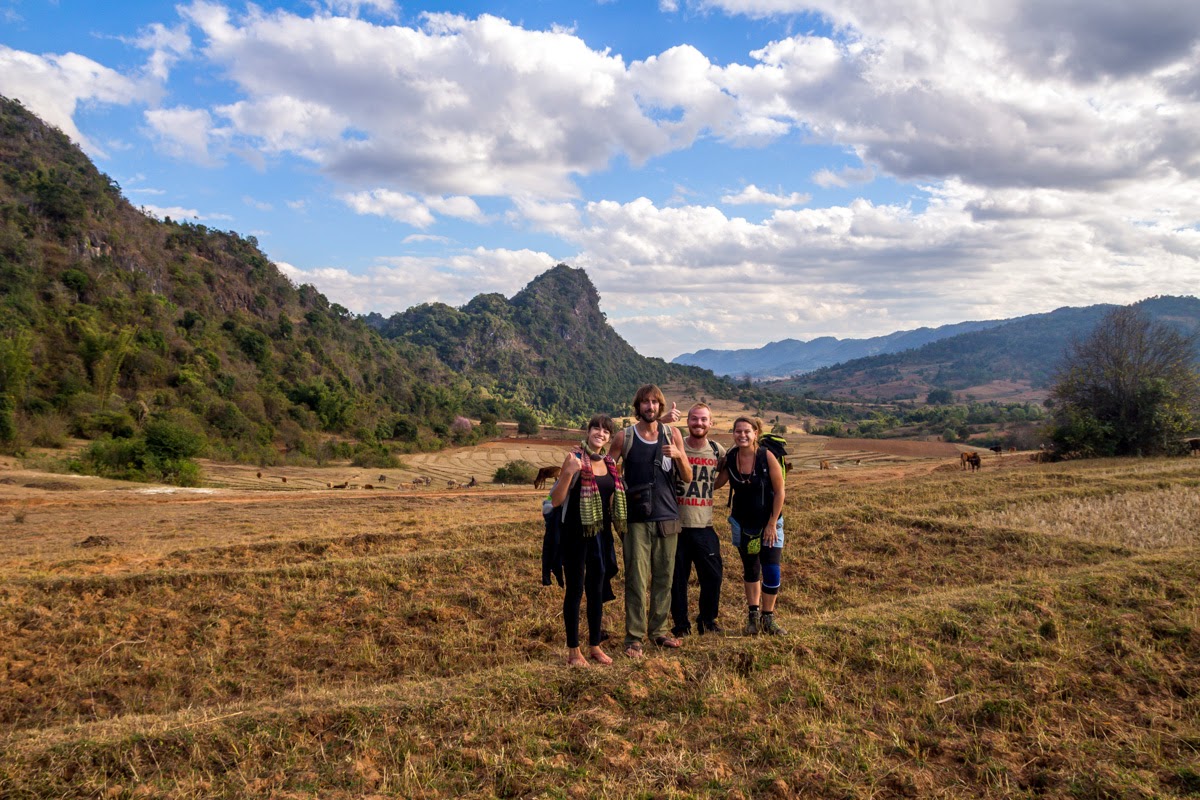 We ate lunch at a couple's house, in a tiny village, who were the nicest people I've ever met. The old man had dance moves like you wouldn't believe. 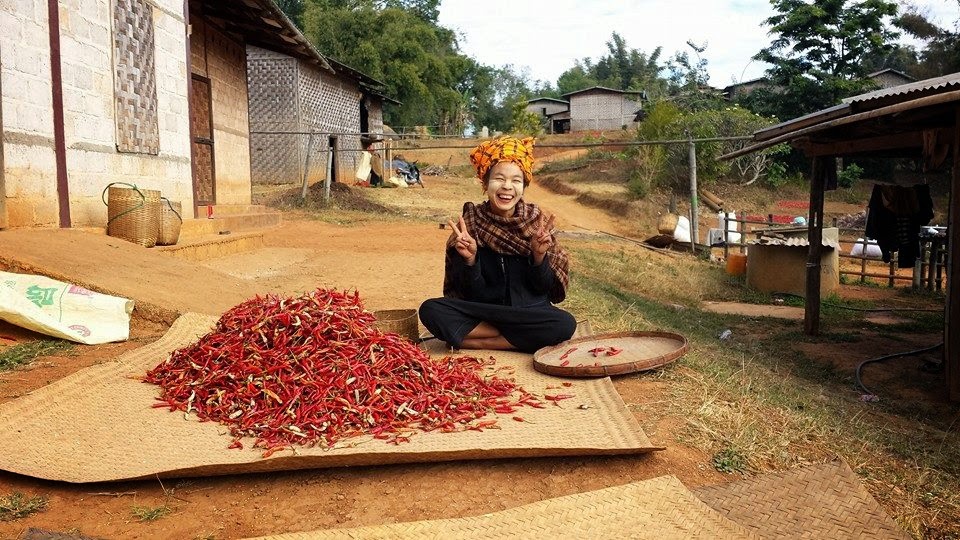 That night, we slept at Nanbo's parent's house. It was a simple house with simple means. The woman next door, fed us tea, was shocked I was single, and said I'd be married when I was 30. She then offered to have my family move to her village.

I gladly accepted. Though the more I thought about it, I'm pretty sure she may or may not have been hitting on me, Burmese style. I've never been very good at detecting those kind of things. But, you know, what? I was cool with it. I learned in India to just go with these things.

I tired beattlenut, the chewing tobacco that stained everyone's teeth red. It was delicious.

We slept on the floor and it was cold (these villages don't have electricity, save for whatever they can pull from their car battery in the their living rooms). But I was surrounded by good people and everything was perfect.

We set out for day two. Great views and good people found on the sidelines.

The second village was much more touristy and we went to a festival there. But it was just two bands playing in the dark and a lot of people drinking whiskey (which is a about 1 USD a bottle here...danger, Will Robinson!). We were all tired and had to wake up early, so no party for us. 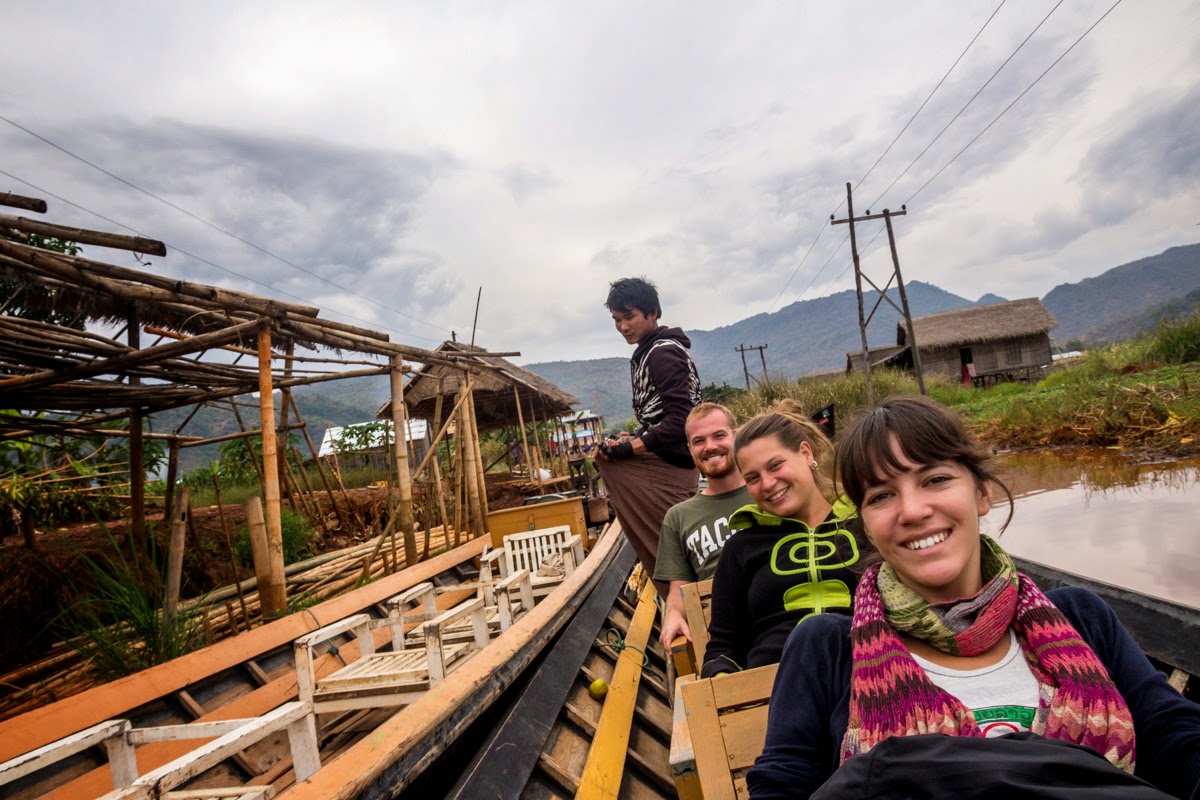 Third day. We hiked some more, got to Inlay Lake. And took a one-hour boat ride.

My feet were destroyed from hiking with 10,000 Kyat (about $10 USD) shoes I found in a store after Frank and I's shoes got stolen a week prior.

Then I went to a beach, had late-night conversations with one of the most fascinating people I've ever met (looking at you Nayara!), and took a banana boat along a Burmese coast. But those are all stories for another time.

So there you have it. A single entry without any philosophy or deep thoughts in the way.

Enjoy it while it lasts because my next post will get back to the usual.

See you when I see you.

Posted By Nick at 2:15:00 AM
Email ThisBlogThis!Share to TwitterShare to FacebookShare to Pinterest
Labels: Burma